Safety & Survival Gear For Your Boat 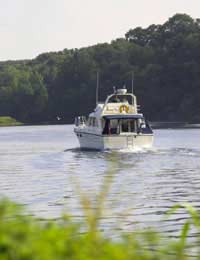 Ask any boating enthusiast to draw up a list of safety and survival equipment to have on board and you’re quite likely to have very different lists which are often drawn up as the result of the type of craft and kind of boating people as individuals tend to participate in and, perhaps, as a result of personal experience.

However, this article will attempt to capture most of the items which, regardless of the type of boating you’re involved in, are likely to be the most valuable safety and survival items to have on board, many of which could either directly or indirectly save a life.

These vital pieces of equipment are probably the most important items to ensure that you have on board and that there are enough for each and every person. Whether it’s a device like a jacket which you wear or something that is thrown to you for you to stay afloat in the event that you end up in the water, they are by far the most important safety devices to have aboard and statistics will bear that out given that drowning is still the leading cause of death in all boating fatalities and by far the largest proportion of those who have drowned were found not to have been wearing a lifejacket or PFD.

Mirrors are easy to carry and can make a huge difference in being spotted by other boats if you end up being stranded in the water. In fact, a good signal mirror when used correctly and when the conditions are right can be seen up to 10 miles away.

Whistles can also be heard up to over half a mile and can mean the difference between being heard and rescued by nearby craft. The beauty being that if you wear a PFD, both a mirror and a whistle can be stored safely within a secure pocket of the PFD and attached to some kind of lanyard so that you don’t lose them.

Small personal flares which can also be carried within a PFD are another effective method of signalling for help especially at night in the dark and most safety conscious boaters will also carry larger flares aboard as well as strobe lights which can be seen for miles. Attaching reflective tape or buying specially designed PFDs with reflective tape already sewn on will also attract better attention from other boats in the area if you go overboard at night.

Fire extinguishers of the right number and type for your vessel should also be mandatory and other useful items can include an emergency positioning radio beacon, foghorns, paddles or oars for additional propulsion if the engine fails, life rafts, alternative bilge pump devices, a first aid kit and a compass.

Most boaters will tell you that survival and safety at sea has a lot to do with preparation and having the appropriate equipment in place in an easily accessible place should an emergency suddenly arise. Whilst no equipment alone can guarantee your survival, some items will prolong the time you’re able to survive if you end up overboard whilst others will be useful in attracting help, both of which are crucial aspects to the whole business of survival at sea.